Whether it’s shooting webs and swinging from building to building, or flying high up in the clouds as the Man of Steel, it’s no wonder Superheroes capture the imagination of both the young, and young at heart.

My son, like many other children, is fascinated by Superheroes. He loves them all. Iron Man, The Hulk, Batman, Superman, and Spider-Man. But alas, we only have the two costumes.

As it is, I believe Spider-Man is his favourite. 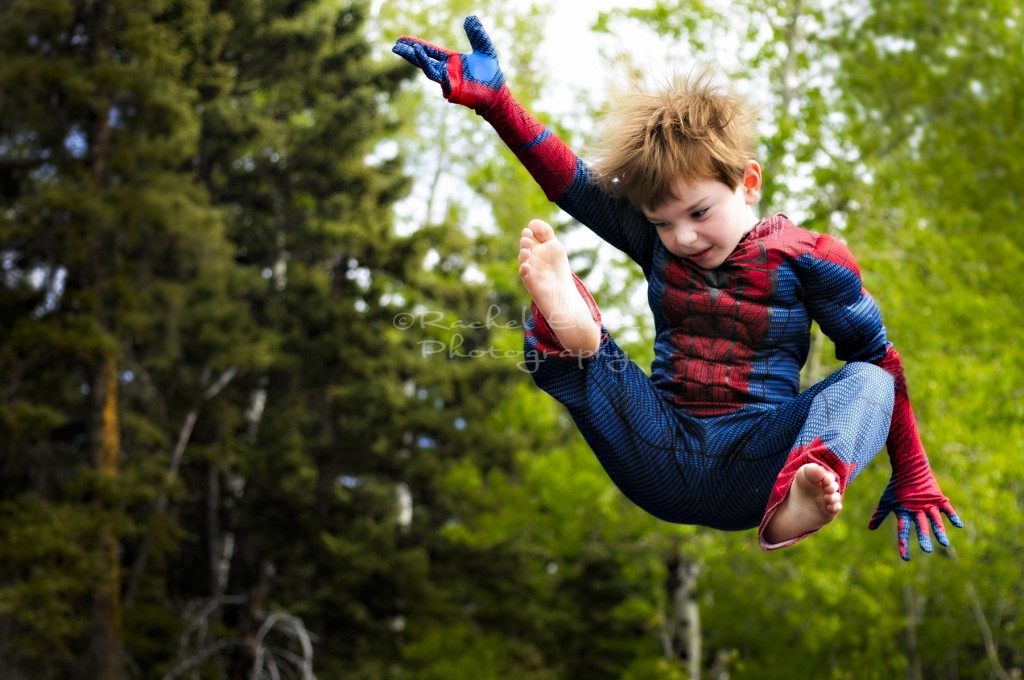 He loves to put on his costumes and play for hours, making up stories of fights, and epic battles, where the Good Guys win, and Save the Day!

As a mom, and a photographer, I wanted to capture these magical moments for him, and for our family to smile back on later.
Sometimes when my camera comes out the kids are a bit cheeky, and either don’t want to cooperate, or give me nothing but cheesy smiles. But as a Superhero, my son absolutely loved taking these pictures, and doing his “moves” for me. He acted out fight scenes with imaginary villains, as he kicked, punched, spun webs, or flew off to victory. He was so excited to see how his pictures turned out, as I kept my camera angle low to make it look like he was actually flying. 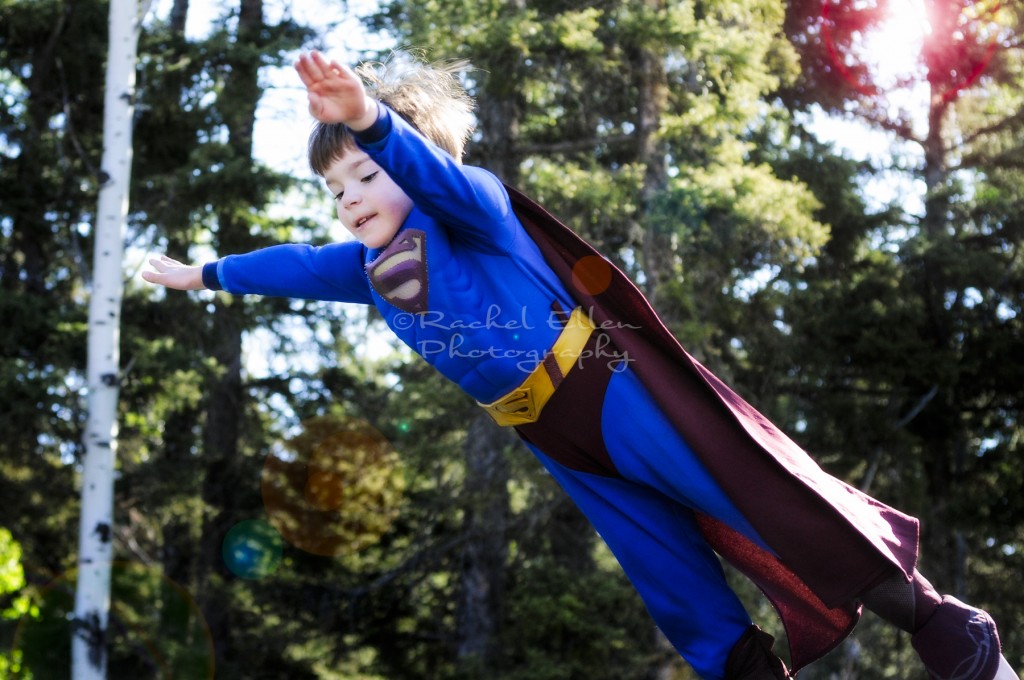 His Superhero action pictures helped bring his magic to life.I hope as we look back on these in the years ahead, that they will always remind us of the Magic of Childhood. 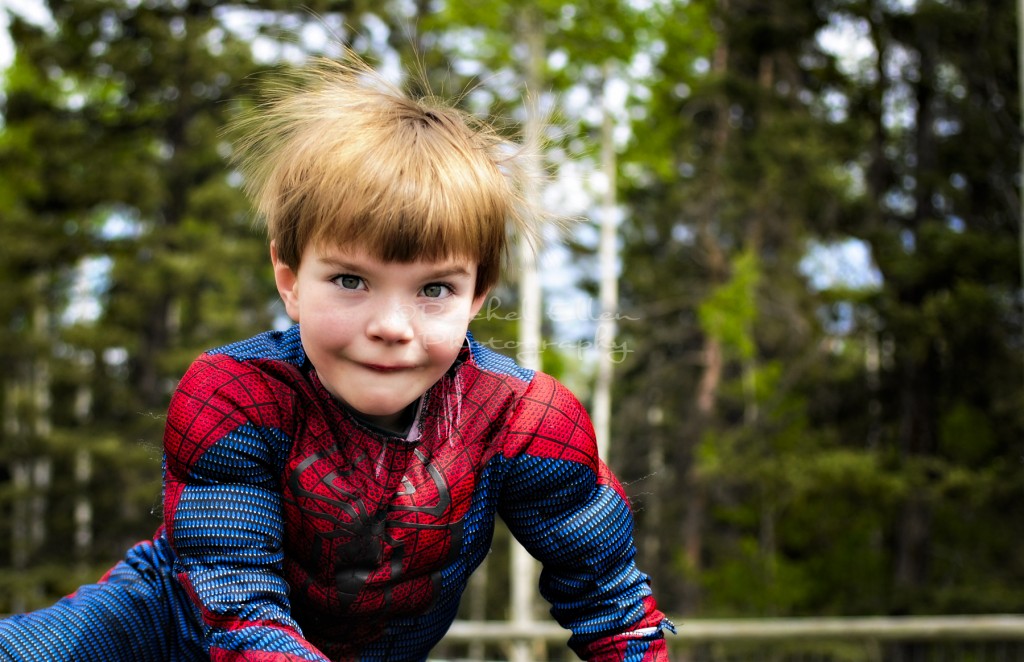 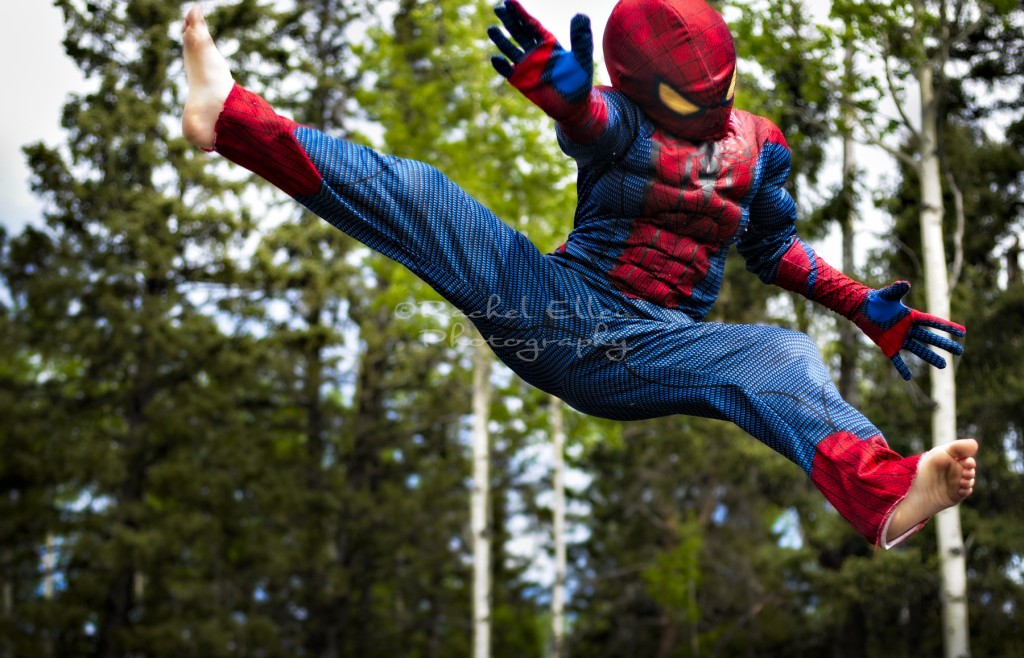 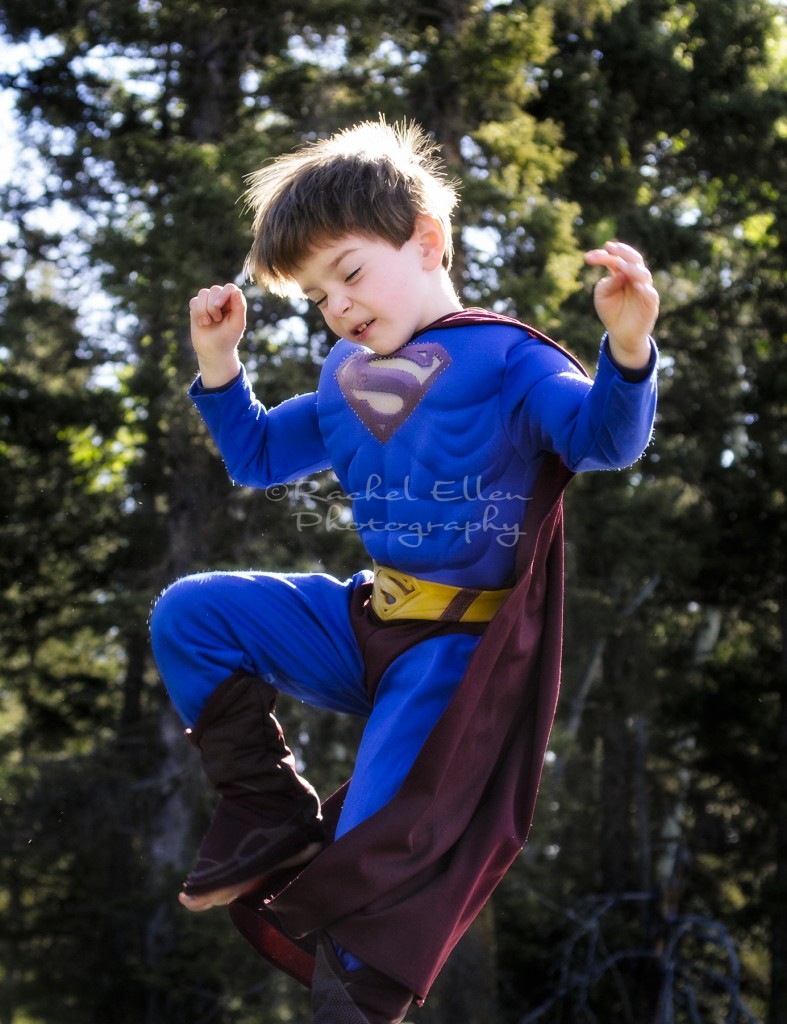 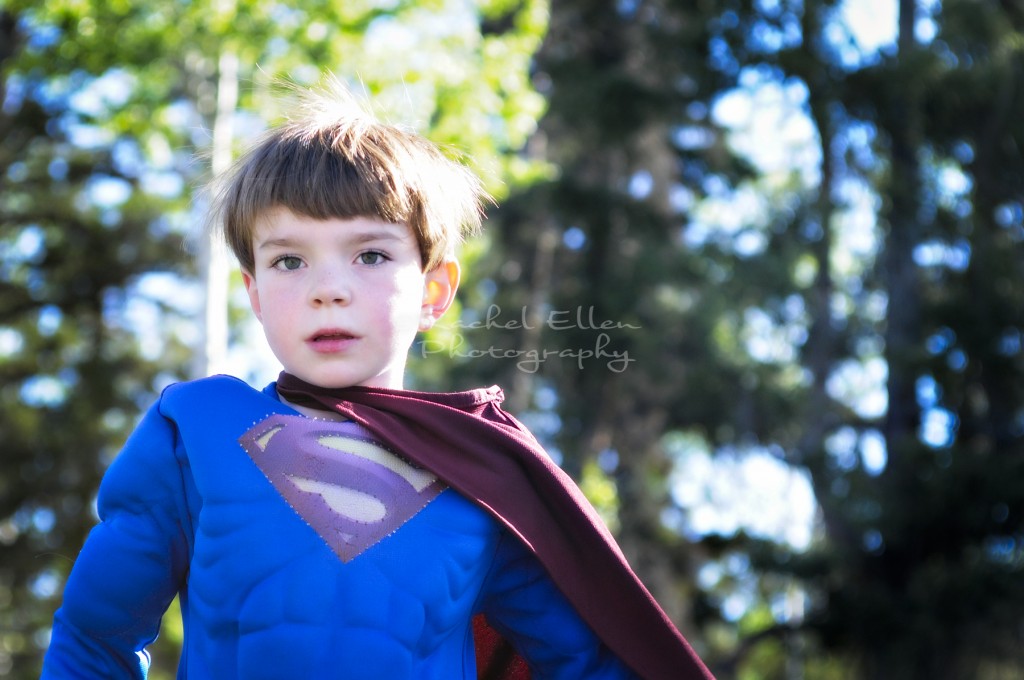